how I rescued a Baby Rolleiflex from being a bookshelf camera 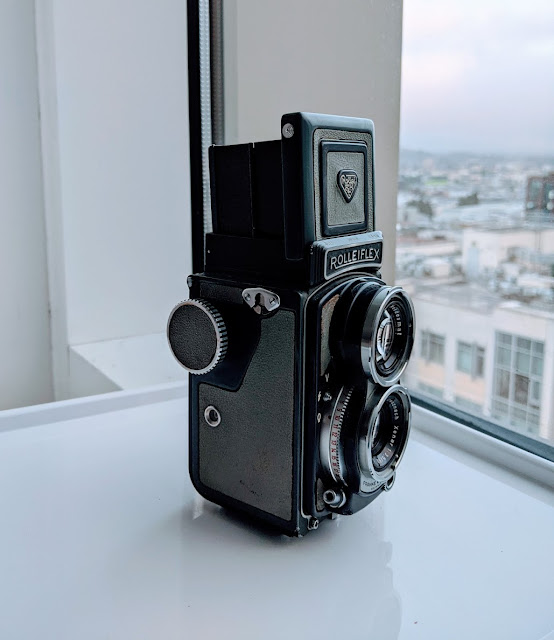 I've always been obsessed with mechanical cameras. I'm always looking for old cameras on eBay, Goodwill, or any thrift store nearby. Still, I don't buy them to be bookshelf cameras, I do everything in my power to fix them and actually shoot film with them.
I've been wanting to get a Baby Rolleiflex for a while now, in March 2020 when COVID-19 happened, a lot of collector-cameras hit the market at lower prices. I got my Baby Rollei from a vendor that specializes in state-sales, so even though he didn't know if the camera worked correctly, there was still a big chance that it did. I was hopeful because most of the old cameras that come from state-sales are in storage with little wear if any, and from the original owner.
The camera arrived in fair condition, the leather needs to be replaced, but the shutter seems to work. Interesting information about the Baby Rolleiflex, the shutter doesn't fire if the waist level viewfinder is closed. Also, if you want to check the automatic frame mechanism you need to load film. The backing paper is not going to do the trick because the camera has a small sensor that tells when the film is loaded and activates the frame counter from 0 to 1 (It took me a few hours before I found this information on a post made 20 years ago.)

Before you ask why I didn't just load some film, this particular camera uses 127 film which creates a negative of 4x4 cm. 127 film is not easy to find and it's expensive, around $14 per roll. If you want to choose your favorite film stock you can buy it on eBay, 120 film cut and hand-rolled in 127 spools, but the price is 1.5 times the price of the same film stock in 120.
My idea for this camera is to use 35mm film to get images exposing the sprockets. The 35mm film canister does not fit inside the Baby Rollei so I already knew that in order to use it, I needed to load the film on a 127 spool with backing paper. 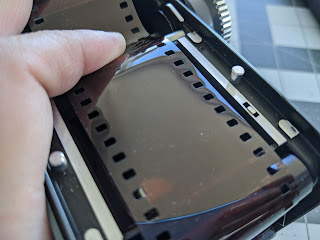 The first problem, the film never touches the sensor in the film plane that activates the frame counter. Since the film doesn't touch the mechanism there is no way to activate the sensor to let it know that the film is loaded and ready to be used, therefore, the camera doesn't fire. The sensor is activated when the film pushes the tiny piece of metal forward. To solve this problem I just need to trick the mechanism. The easiest way is to add something to the backing paper that is strong enough to push this piece of metal. I put a piece of twist tie, but anything with the same thickness of the film will work (If it is too thick you can risk damaging the mechanism. I ended up using a thinner twist tie after I prove my theory) Another way to do it is just by folding the backing paper like this video I found later. 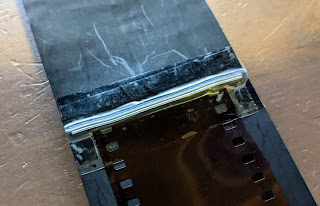 The second problem, the film is sitting 1mm deeper than the focus plane, so everything is out of focus. 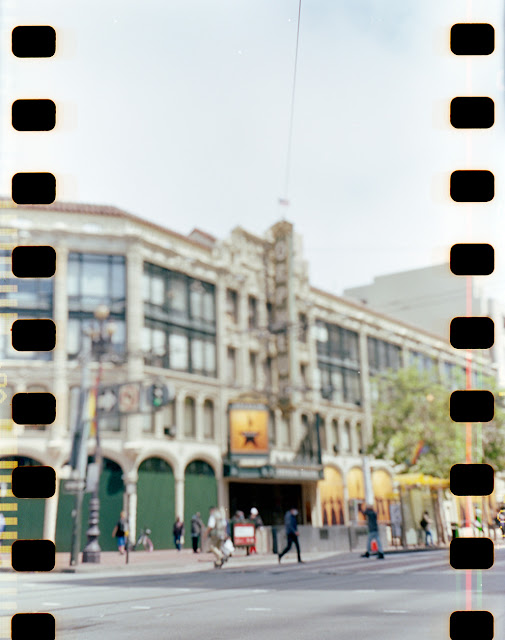 After some observation, I realized that I could add two small 1mm acrylic pieces to keep the film in the focal plane 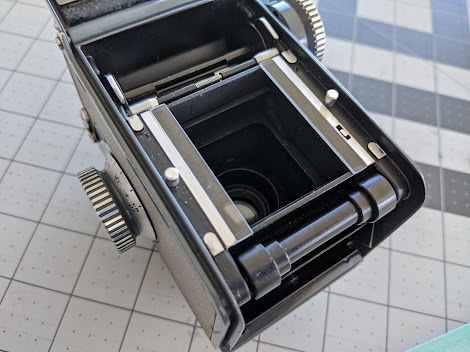 You can pick how wide you want the piece, wider pieces ensure the film will stay in the focal plane even if your film is not perfectly centered on the backing paper. Since I want to expose the sprockets I need a piece 4mm wide. It is important that if you decide to use the same measurements I used, you need to load the film exactly in the middle of the backing paper. 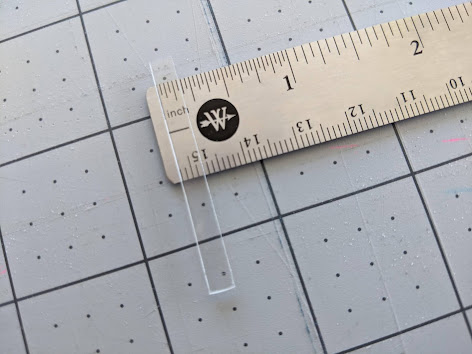 Also, you need to cut an opening for the film sensor that triggers the frame mechanism of the camera (The one I'm pointing to in the next image) 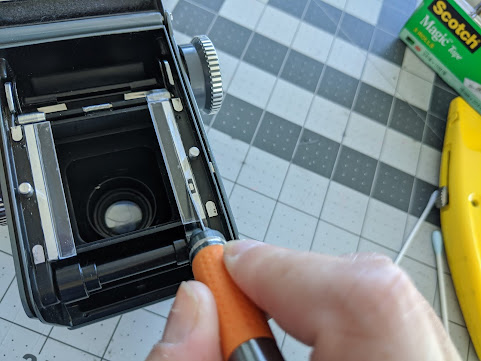 This is how the film should travel inside the camera 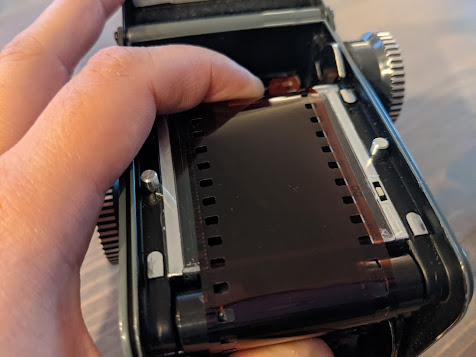 After a week of research, trial, and error my Baby Rollei was ready to go outside. 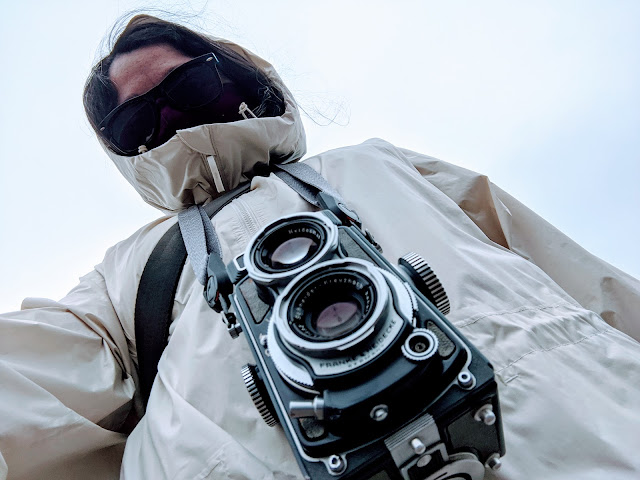 The Results: You can see lines in the border of the frame caused by the acrylic piece but every single photograph is in focus, and you can still get the sprockets exposed. (film: Ilford Ortho Plus 80) 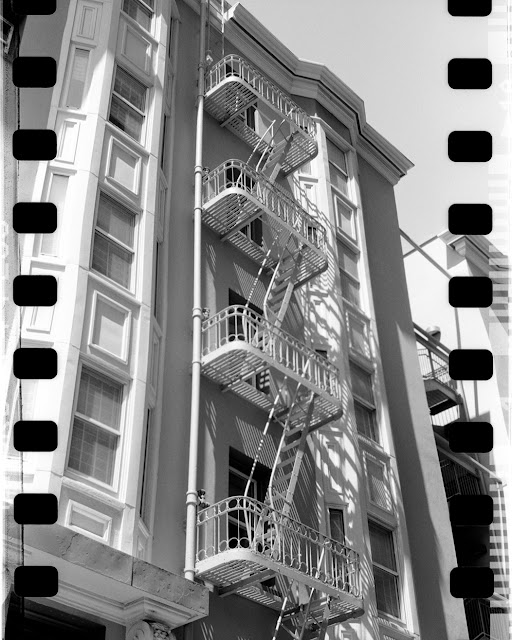 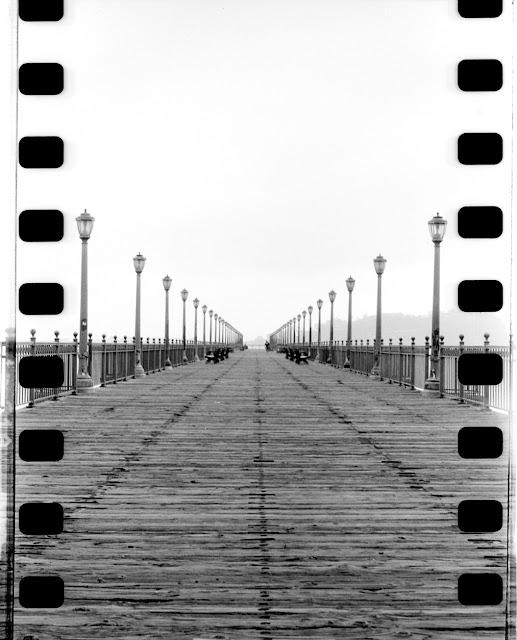 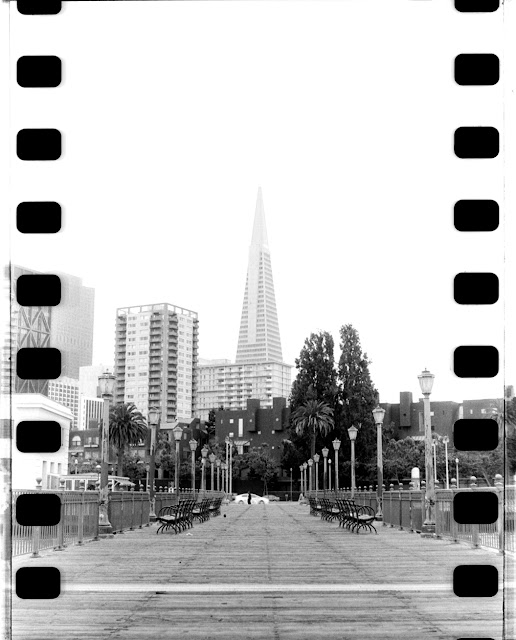 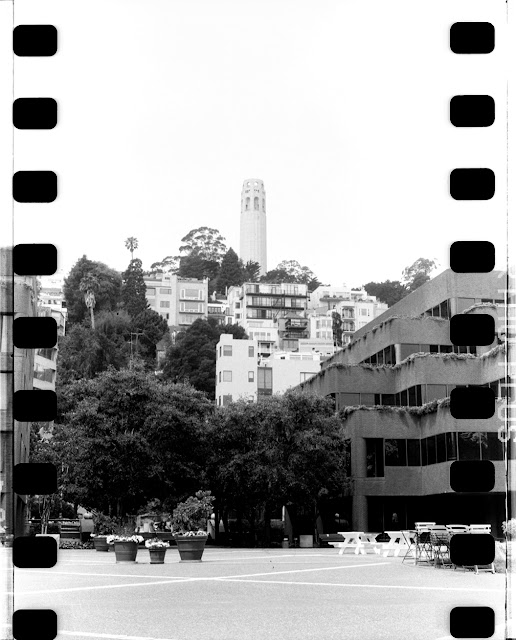 I hope this article can take another Baby Rollei out of a shelf.
Karin. 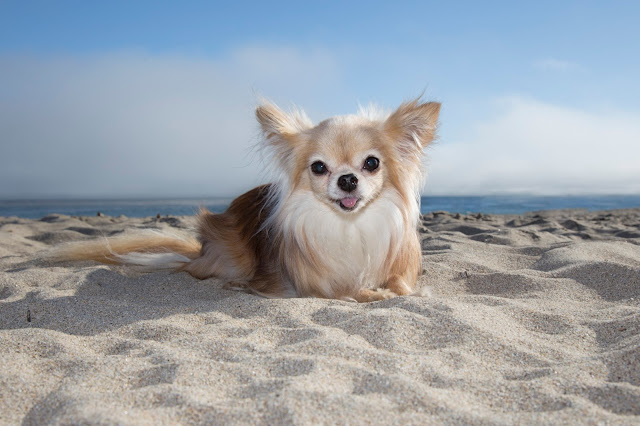